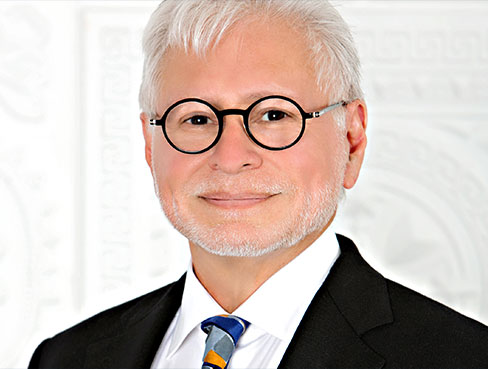 Dr. Jim S. Garza, M. D., completed his undergraduate studies at Texas A&M University. He attended medical school at Baylor College of Medicine in Houston, Texas. After graduation from medical school, he was accepted into and completed a highly competitive surgical residency first in general surgery, and then in thoracic and cardiac surgery at the Baylor College of Medicine affiliated hospitals.

Board certification: The American Board of General Surgery certified Dr. Garza in 1981. The American Board of Thoracic Surgery certified him in 1984. His primary interest is in the treatment of simple and complex hernias of the abdominal wall and the groin. This means that he treats Umbilical, Epigastric and Inguinal hernias. He also treats Incisional hernias of the abdominal wall which occurred after operations for Gallbladder, Spleens, Intestines, and Gastric Weight loss. Incisional hernias also develop after surgery of the major blood vessels, which include the Aorta, and Iliac arteries.

Dr. Garza became interested in endoscopic surgery and ETS early in his career. With the introduction of endoscopic techniques in this country, Dr. Garza recognized the enormous potential of this new, less invasive surgery. His interest led him to study these techniques in the United States as well as in Europe. He has been a pioneer in Laparoscopic and Thoracoscopic surgery within the Houston community and performed the first Laparoscopic Procedures in Houston. Dr. Garza has performed thousands of ETS, laparoscopic (abdominal) and Thoracoscopic (chest) procedures. He also has extensive experience in cardiac (heart), vascular (blood vessel) and open thoracic (chest) surgery.

Since Houston is a primary hub for major airline carriers, he has also treated patients from around the world and has performed thousands of hernia repairs. His practice is focused entirely on the specialty treatment of hernias, which has led to the creation of the Houston Robotic Hernia Surgery.

Dr. Garza serves on medical advisory boards in order to collaborate with National experts to help design clinical trials in this area. These trials are aimed at improving the total peri-operative experience after hernia surgery. This includes studies that extend the time that the patient is pain-free following hernia operations.

If you have any questions or comments, or if you want to learn more about the services we provide, please call us at 713-932-1001. For a consultation, or to setup an appointment click here.